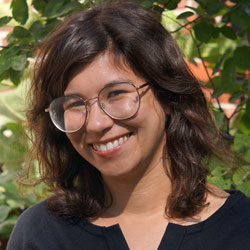 Of surgeons putting their knives to erroneous

body parts, stories abound. So can you really blame
my neighbor for how, heading into the operation,
he wrote across his good knee NOT THIS KNEE?

The death of me: I’m never half so bold. You will
feel, the doctor said, my hand and cold –

and I thought of the pub quiz question: which three
countries are entirely inside of other countries?
I bought the bound ONE THOUSAND NAMES
FOR BABY, made two lists: one if she’s born breathing,

one if not. The second list was longer. So much

that I might call her, if she were never to bear
the name, never turn to it, suffer shaming, mull its
range and implications, blame it, change it, move