Scott Griffin has known and appreciated the importance of poetry from an early age, and that strongly informed the inception and continued growth of the Griffin Trust For Excellence In Poetry.

In addition to the Griffin Poetry Prize, the Griffin Trust initiates and supports projects and ventures consistent with the mandate of the Prize to further promote appreciation of Canadian and international poetry. 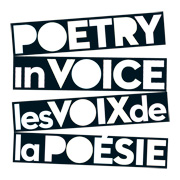 Poetry In Voice/Les voix de la poésie (PIV/LVP) is a charitable organization that encourages Canadian students to fall in love with poetry through reading, writing, and recitation.

PIV/LVP provides an online anthology of classic and contemporary poems and comprehensive teaching materials on its website, all free of cost. The organization also runs a nation-wide student recitation competition, where they award over $75,000 in travel and prizes annually.

PIV/LVP is committed to bilingualism. The anthology includes work by English and French poets from across Canada and around the world, teaching resources are available in both languages, and students can compete in the recitation contest in English, in French, or bilingually.

Poetry In Voice was founded in 2010 by Scott Griffin, Chairman and founder of The Griffin Trust For Excellence In Poetry. Started as a recitation contest with 12 Ontario schools, Poetry In Voice has grown to become a cultural force in Canada, used in over 1,000 schools, that counts Margaret Atwood, Dionne Brand, George Elliott Clarke, Dennis Lee, and Anne Michaels among its supporters.


One of Canada’s most beloved poets was honoured on May 20, 2008 with the unveiling of a statue in his likeness at an historic ceremony at Queen’s Park in Toronto. This is only the second full-length statue of a poet in Toronto (the other being of Robbie Burns), and one of very few in Canada. The event was presided over by Toronto’s Poet Laureate Pier Giorgio Di Cicco with Purdy’s widow, Eurithe Purdy, unveiling the monument to her late husband.

Mayor David Miller spoke to the crowd about the man who was often described as Canada’s national poet. “Al Purdy is one of Canada’s greatest poets,” said Toronto Mayor David Miller. “This statue, donated to the people of Toronto by the friends of the Poet Laureate and placed in a prominent location in Queen’s Park, is a fitting tribute to a person who enriched the lives of so many Canadians.”

In 2001, Scott Griffin, founder of the Griffin Poetry Prize and a member of the Friends of the Poet Laureate, suggested the statue to Dennis Lee, Toronto’s first Poet Laureate. Together with Lee, Margaret Atwood, Michael Ondaatje and professor Sam Solecki, Griffin commissioned husband and wife sculptors Edwin and Veronica Dam de Nogales to create the memorial artwork after a review of a number of contemporary sculptors.

Lee said of the poet, who died in 2000: “Al Purdy is one of the titans; if we have a national poet in English Canada, he’s it. The Purdy statue is a tremendous way to celebrate his place in our lives.”

Voice of the Land, the name given to the Purdy statue by the Dam de Nogales, is situated prominently in Queen’s Park north.

Griffin – who underwrote the project – along with Lee, Atwood, Ondaatje, and Solecki, partnered with the City of Toronto’s Culture Division to honour Al Purdy with the sculpture. Atwood summarized the importance of the project: “It’s wonderful that the Friends of the Poet Laureate has arranged for this arresting public statue of Al Purdy, one of Canada’s foremost poets. Cities such as Edinburgh, Scotland, are known for their honouring of their own cultural tradition, and it’s encouraging to see Toronto, as well as the province of Ontario beginning to do the same.”

Solecki, Purdy’s editor and close friend, added: “When a great Scottish poet died, one of his friends insisted that ‘Because of his death, this country should observe two minutes of pandemonium.’ Since pandemonium is un-Canadian and not protected by the Charter of Rights, we’re commemorating Al Purdy’s remarkable life with a statue in Queen’s Park.”

Griffin trustees and Griffin Poetry Prize nominated and winning poets have attended, read at and joined discussions and panels at notable literary festivals worldwide. Read more about the Griffin presence at the following events:

From its inception, the Griffin Trust For Excellence In Poetry has donated copies of poetry books submitted for the Griffin Poetry Prize to various organizations. Hundreds of submitted books have been donated to Correctional Service of Canada, resulting in a wide range of poetry collections making their way to prison libraries across Canada. Sets of shortlisted books have also been donated to the Scottish Poetry Library, the Poetry Library in London, England, the Library Hotel in New York, Slave Lake Public Library in Slave Lake, Alberta and Tecnológico de Monterrey of Mexico. Books have also gone to schools, colleges and other worthy organizations and causes around the world, as chosen by Griffin trustees and judges.

In 2019, House of Anansi Press partnered with the National Network for Equitable Library Services (NNELS) to release the 2019 Griffin Poetry Prize Anthology simultaneously in print and digital braille editions. Read more about the initiative here. The Griffin Trust For Excellence In Poetry has partnered with the NNELS to make future anthologies and individual shortlisted works available in up-to-date accessible formats. Click here for the current list of Griffin Poetry Prize anthologies and related publications available via NNELS.