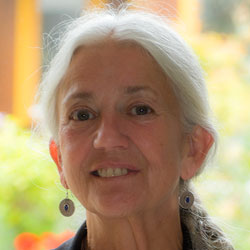 Paula Meehan was born in Dublin where she still lives. She studied at Trinity College, Dublin, and at Eastern Washington University in the U.S. She has published seven collections of poetry which have received both popular and critical acclaim. She has moderated workshops in the community, in the prisons, in recovery programmes and has worked extensively with emerging poets inside and outside the universities. Her work has been translated into French, German, Galician, Italian, Japanese, Estonian, Portuguese, Spanish, Greek, Chinese and Irish. She has received the Butler Literary Award for Poetry presented by the Irish American Cultural Institute, the Marten Toonder Award for Literature, the Denis Devlin Award for Dharmakaya, published in 2000, The Lawrence O’Shaughnessy Award for Poetry 2015, and the PPI Award for Radio Drama. Dedalus Press has published Mysteries of the Home, a selection of seminal poems from the 1980s and the 1990s. She was honoured with election to Aosdána, the Irish Academy for the Arts, in 1996. She was Ireland Professor of Poetry, 2013 – 2016, and her public lectures from these years, Imaginary Bonnets with Real Bees in Them, was published by UCD Press in 2016. Geomantic, her latest collection of poems, was published by Dedalus Press, Dublin, in 2016 and received a Cholmondeley Award. 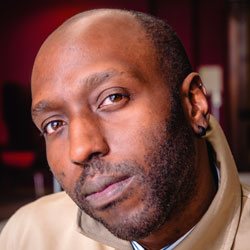 Kei Miller was born in Jamaica in 1978 and has written several books across a range of genres. His 2014 collection, The Cartographer Tries to Map a Way to Zion, won the Forward Prize for Best Collection while his 2017 novel, Augustown, won the Bocas Prize for Caribbean Literature, the Prix Les Afriques, and the Prix Carbet de la Caraïbe et du Tout-Monde. He is also an essayist. In 2010, the Institute of Jamaica awarded him the Silver Musgrave medal for his contributions to Literature and in 2018 he was awarded the Anthony Sabga medal for Arts & Letters. 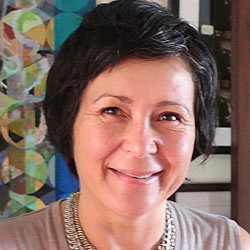 Hoa Nguyen is the author of several books of poetry, including As Long As Trees Last, Red Juice, and Violet Energy Ingots, which was shortlisted for the 2017 Griffin Poetry Prize. As a public proponent and advocate of contemporary poetry, she has served as guest editor for The Best Canadian Poetry in English 2018 and she has performed and lectured at numerous institutions, including Princeton University, Bard College, Poet’s House, and the Banff Centre’s Writers Studio. Recipient of a 2019 Pushcart Prize and a 2020 Neustadt International Prize for Literature nomination, she has received grants and fellowships from the Canada Council for the Arts, the Ontario Arts Council, the MacDowell Colony, and the Millay Colony for the Arts. Her writing has garnered attention from such outlets as The PBS News Hour, Granta, The Walrus, New York Times, and Poetry, among others. Born in the Mekong Delta and raised and educated in the United States, Nguyen has lived in Canada since 2011.