In lieu of an in-person award ceremony, the Griffin Poetry Prize commissioned a film featuring readings by our 2021 shortlisted poets, which we premiered on June 23, 2021.

In the following interview with the creators of the 2021 Griffin Poetry Prize Winners Announcement Film, Chloé Griffin and Lior Shamriz, we discuss the relationship between poems and visual imagery, how resonances across media can expand the significance of the poem beyond simple illustration, and the long-time collaboration between our two interviewees!

We’ve been collaborating in many different ways for about 15 years. The nature of each collaboration depends on the project. We each bring our own specific yet flexible ways of sharing ideas, finding subjects in locations, and “approaching the world.” Each production is then like a specific kind of “event” that brings us together differently.

Readings by the shortlisted poets are each accompanied by visuals specifically created to accompany the poems. Can you talk about how the visuals were developed and share a bit about where the segments were shot? (feel free to focus on one or two poets!).

We both read the poems, listened to the readings of the poets, and wrote down a list of words that the poems evoked in us. We then compared our lists and went back to the poems for another round of writing down ideas. This happened over several weeks. The lists of words would expand and subtract and sometimes become verses themselves. Constructing these videos for the poems involved going back to the poems repeatedly and weaving threads of imagery that were slowly coming together with each return to the reading. In the end, each of the films had its own conceptual approach, depending on the mood and the content of the poem.

For example, the video for Yusef Komunyakaa’s “Islands” poem was created using a combination of 8mm footage that Chloé filmed on islands in the Pacific, which was digitally juxtaposed on footage that was filmed for the 2020 on-site Griffin Poetry Prize Awards Night in Toronto, but was never shown due to the outbreak of the COVID pandemic. That 3-channel installation was created by projecting 8mm clips from different oceans on walls of buildings in southern California. The final video that accompanies Komunyaaka’s reading is this slow cycle of images that are intertwined, captured, and then projected. The fabric of these image compositions carry their own stories. The same happens with the music of the piece, which is mostly an extremely slowed-down and slightly pitch-manipulated version of one of Schubert’s last Sonatas, accompanied by some sounds that Lior added to the piece.

Many of the projections were filmed in Santa Cruz and they mostly mix 8mm films and videos that we captured throughout the years, with other kinds of images, often going back and forth between sources and interconnecting the different stories they carry. For example, Victoria Chang’s poem starts with a person on Twin Lakes beach in Santa Cruz. Then, the image of that person is projected within a living room, followed by nature cinematography in 8mm.

Can you talk about the relationship between (filmed) images and poetry? How did you succeed in creating visual accompaniments to each poem that aren’t illustrative or literal, images that don’t eclipse the poetic content?

The key is to present “less” rather than “more,” and to allow the poem and the reading space to breathe. The biggest challenge was to find a way to create pictures that don’t simply repeat “in image” words from the poems, and also don’t introduce an interpretation that could eclipse the different possibilities of the text. Sometimes stepping even further and creating another layer away from the words—or centering more around an action—seemed like the right approach. For example, in the film for Victoria Chang’s poem “Oxygen” (from her book Obit) when she reads the lines “as if breath were motion, as if it were being chased,” we see a light moving across the beach at night in front of the standing figure, headlights from a car, chasing shadows. We wanted to pivot the imagery around an act of motion and to encourage the viewer to widen the scope of the words they’re encountering.

We also found it interesting to do the opposite in certain pieces, or to film the central subject or landscape of the poem. For example, for Joseph Dandurand’s “The “Sturgeon’s Lover” (from The East Side of It All), we wanted the wavelengths of the river to resonate with the story of the poet. Allowing the river to become the poet’s voice allows you to witness the story and teller with an intimacy as if you, too, are there with him.

In a similar way, we did this with “Black Hair” (from My Name Will Grow Wide Like A Tree by Tracy K. Smith and Changtai Bi, translated from the Chinese by Yi Lei). In choosing to simplify the image by centering the perspective on a figure with black hair—and making the gender of that figure ambiguous—we wanted the outer words, all the words around and which relate back to “black hair,” to take space. In some respects, this is what the poem itself is doing; anchored in  the repetition of the words “black hair,” it composes itself by an extending environment.

Avoiding “stock footage” imagery as much as possible allowed the images to carry fragments of particular stories within them without becoming generic articulation of words. The images and videos that were projected on the walls and on the bodies of the models came from our own libraries, and they carry the specificities of our own journeys. Naturally, they were carefully selected to carry a certain significance to the poem—but even in parts where the image/word seems to be dislocated, there is a harmonizing effect by the fact that they’ve been linked. For example, astronomy’s iconic image “the pillars of creation” that depicts the possible formation of stars about 7000 light years away appears at the end of Srikanth Reddy’s poem. Masks from a couple of millennia earlier are seen in Mort’s poem. These are images of ceremonial masks from the Pre-Pottery Neolithic period (~7000 BC) that were found in the Levant in the last decade. Reddy’s video also shows projections of images of Ashurbanipal, one of the main characters in the poem, together with cuneiform from the king’s library. They are projected on the walls of a late-20th century Neo-Sumerian “Pseudo-Ziggurat” building in Santa Cruz.

Chloé Griffin is an artist, performer, filmmaker, and writer. After finishing her book Edgewise: A Picture of Cookie Mueller (Bbooks Verlag, 2014), she sailed around the world with her father, and is currently living on a sailboat anchored in the South Pacific.

Lior Shamriz creates films, installations, and music. Born in Ashkelon on the East Mediterranean, they dropped out of the army at nineteen and began making hi8 films, and experimenting with computer-generated music and collective art publications. After living a decade in Berlin, they are now based in California. From 2016-2018 they curated programs at PAM performance space in Highland Park, Los Angeles, and since 2018 they curate films for Project Space Festival Juárez and teach workshops on film and performance. Their films were presented at numerous festivals and venues, among them the Berlinale, Locarno IFF, Sarajevo IFF, MoMA’s ND/NF, BAFICI, Frameline, MixNYC, Torino IFF, Walker Art Center, and the Lincoln Center in New York City, and won several awards at Oberhausen Kurzfilmtage. 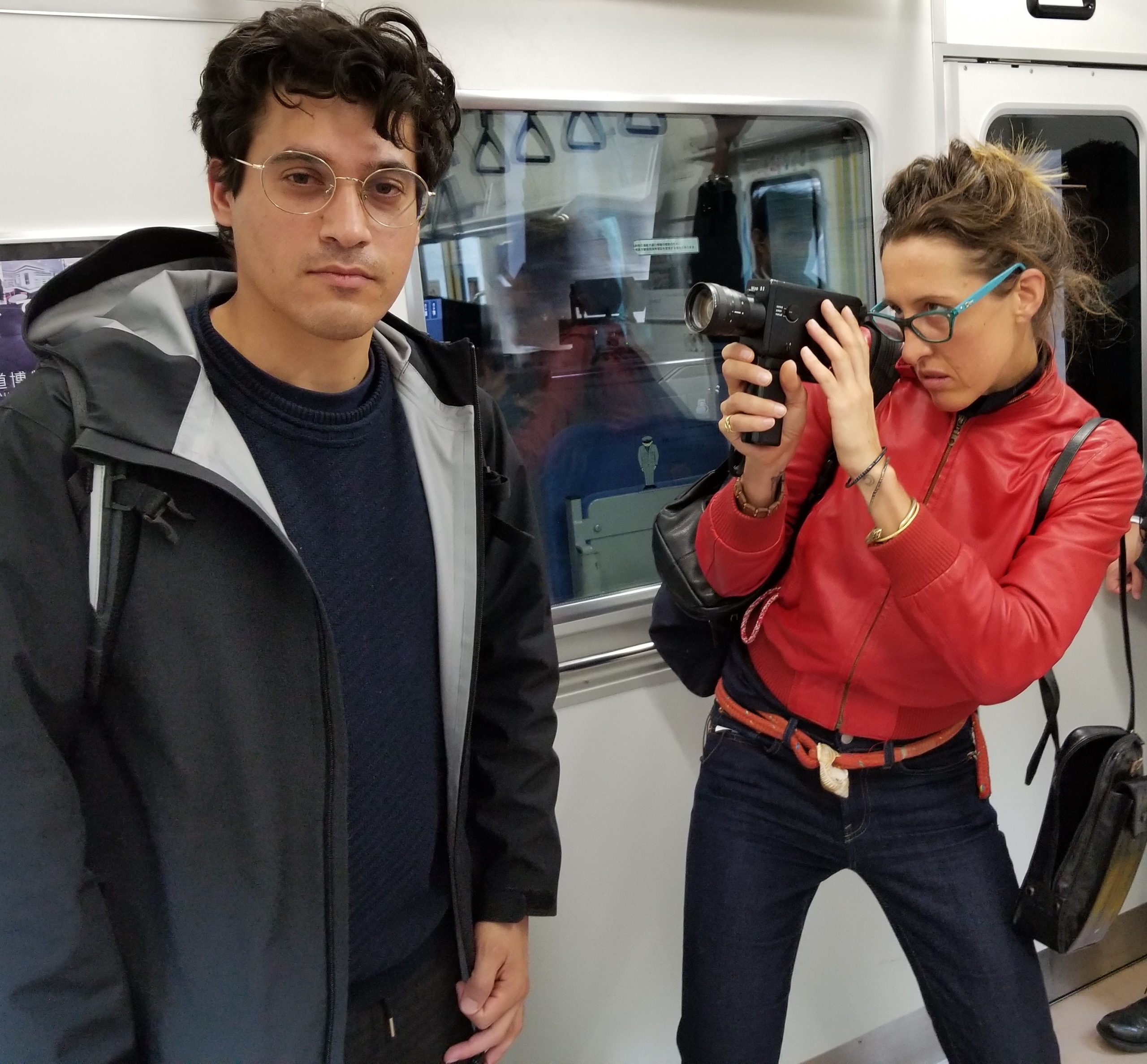