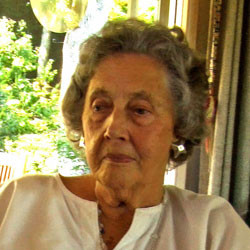 And the first age was Gold.
Without laws, without law’s enforcers.
This age understood and obeyed
What had created it.
– “Creation,” Ted Hughes

What was, before the world
no one can imagine
and then the Creator created
winds and skies and seas.
Earth, with its fruits and trees,
before the world was old,
blossomed in sweet profusion.
Fish and flesh and fowl
were, magically, manifold.
And the first age was Gold.

And man appeared, and woman
innocent, full of wonder.
Eden, one myth called it,
Paradise, another.
Whatever the name, it was
flawless, an age of glory,
golden, sun-filled, honeyed,
lacking both crime and cunning.
It was a consummate order –
Without laws, without law’s enforcers.

Day followed night, the sky
cloudless, the air sweet-scented.
Night followed day, the stars
bright – Orion striding,
Cygnus, the Southern Cross,
the Lesser Water Snake.
All in their proper places
linked to the earth and shining –
a cosmological guide
this age understood and obeyed

Minerals, plants and all
animals and humans
behaved according to
their original design.
Birds in their flight and flowers,
trees multifoliate,
salt in the mine, and water –
each honoured and celebrated
harmonized with and trusted
what had created it.