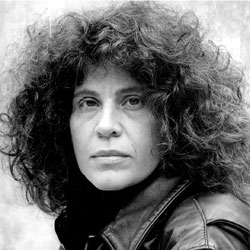 The same question endlessly repeated,
fingers grasping the same crumbling edge,
one of the first signs of illness
never allowing a lesion to form.
How to cope financially, how to make
nothing into something. When I was still a child
you asked my brothers and I to sit with you
at the table; I implore you,
it is all I ask: do what you love, only
choose work you love, no matter what it is.
Not like me, making nothing
out if nothing. Though at least you came out ahead
on one side of the ledger, the side of love dark
with pencil marks, the black of my mother’s hair
as she sat in the row ahead at the concert hall
the night you met. Unlike me, with both
blank pages. How are you coping, you asked,
over and over, financially.
The dreaded endless question born of worry and
helplessness. At least, I always joked, when
you have nothing, nothing can be taken from you,
but we both knew that was bad math, that there was
always something to be taken from you,
not lost, but taken. And so that was the one question
on which you alighted, in the last months
before that decade of silence,
an endless painful longing to rescue,
the repetition of the plough horse,
majestic head bent to earth,
turning the same direction
at the end of each row.