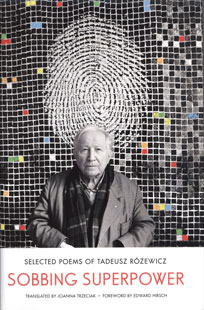 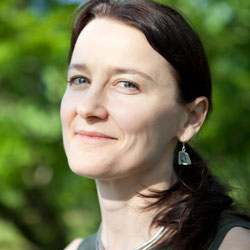 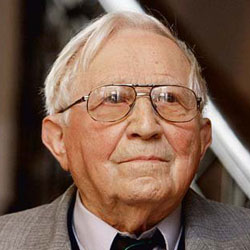 Tadeusz Różewicz was born in Radomsko, Poland, in 1921. During the Nazi occupation he joined the Polish resistance. Following the war, at the age of 26, he published his first collection of poems, Anxiety, which was received as the work of a major poet and redefined poetry after the Holocaust. A prolific poet and major playwright, Rózewicz lived for most of his life in Wroclaw, Poland, where he died on April 24, 2014. Polskie Radio pays tribute to him here.

“Hearts can smart, and kindnesses be minded. Sobbing Superpower‘s world-class document, compellingly assembled by Joanna Trzeciak, gives us an EKG-cum-EEG for an entire era – its double helix inscribed by that most sensitive device: a soul the equal of the world’s occasion. A second global war had cast its blooming shade abroad, when Różewicz’s carouseling lovers sang, on fabulous beast-back, in scarlet carnivale: ‘let us adjust the paper ribbons and wreaths / crouch down: let hip touch hip / your thighs are alive / let us flee let us flee.’ But Różewicz is himself too alive to history’s evidence to pass off life and death as mutually exclusive: ‘Man is killed just like an animal / I’ve seen: / truckloads of chopped up people … // Concepts are only words: / … / truth and lie / beauty and ugliness / courage and cowardice. // … / I’ve seen: / a man-both / vicious and virtuous.’ The etymological job of the skeptic: to keep an eye on things. Różewicz is that rare character – skeptic as full of passion as of intelligence, of warmth as wariness. Thanks to Trzeciak’s deft, deferential translation, English readers see his place among stars of his Central-European generation – Herbert, Szymborska, Popa, Holub – poets who illustrate the power of a single plainsong to be heard over milling mobs; one sensibility to outweigh hours of broadcast nonsense; one oddball to resist the prefixed troopers; one poem’s power to outlast the props of all sub-supers, super-subs. Over 60 years, with grand themes but plain speech, with mortal passion but Heraclitic judgment, in torment and in tenderness, Różewicz proves as wary of philosophy’s bureaucracy as government’s; as wary of heaven’s offices as man’s. Alert to our condition’s own momentous momentariness, he’s funny, fierce, or casual; but never inconsequential.”

Trzeciak’s stripped-down translation (as her foreword explains) tries to convey both Różewicz’s plain speech and his frequently intricate allusion to writers and works from Polish, German, Russian, and English, among them Franz Kafka and Ezra Pound. ‘Of course I try to write/ light carefree / even with my left foot/ but it’s tethered to a stone,’ a recent poem complains in a poetry able to incorporate almost anything, from headlines to the simplest sentences a child might say, which a disillusioned adult might need to hear again: ‘this is a man/ this is a tree this is bread// people eat to live.’

Joanna Trzeciak reads The Story of Old Women from her translation of Sobbing Superpower: Selected Poems of Tadeusz Rosewicz

The Story of Old Women

they are the salt of the earth

they are not disgusted by
human waste

they know the flipside
of the coin
of love
of faith

The following are links to other Web sites with information about translator Joanna Trzeciak and poet Tadeusz Różewicz. (Note: All links to external Web sites open in a new browser window.)

Have you read Sobbing Superpower: Selected Poems by Tadeusz Różewicz, translated by Joanna Trzeciak? Add your comments to this page and let us know what you think.