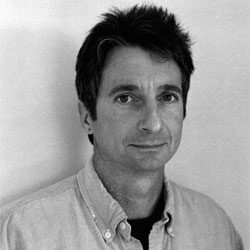 Dean Young has published eight previous books, most recently elegy on toy piano, which was named a finalist for the Pulitzer Prize, and Embryoyo. His collection Skid was a finalist for the Lenore Marshall Prize. Young has received fellowships from the Guggenheim Foundation and the National Endowment for the Arts. In 2007 he received an Academy Award in Literature from the American Academy of Arts and Letters. He teaches at The Writers’ Workshop at the University of Iowa and in the Warren Wilson Low Residency Program. Dean Young divides his time between Berkeley, California, and Iowa City, Iowa, residing with his wife, the novelist Cornelia Nixon.

“Dean Young is a high-energy poet of copious invention and bold imagination. His vigorous, vibrant, fast-paced poems make startling connections between highly improbable things as they take the measure of a world too variegated and complex to be fully comprehended, a ‘world so full/of detail yet so vague’. A Dean Young poem may set off from anywhere [‘I am not a flower./I am a chunk of meat/sprayed by the department store cosmetic technicians’] and may lead anywhere [‘My real mother burst into flame/smoking a Chesterfield in a paper shift’]. His zany wit and hyperactive surrealism are all the more compelling for their capacity to suddenly morph into an elegiac register, marked by piquant ruminations on evanescence, mortality and death. As entertaining as they are original, as resourceful as they are beguiling, Young’s mesmeric poems convey a uniquely accurate sense of life as it is experienced in the fraught and tumultuous circumstances of the globalised twenty-first century.”

In Primitive Mentor, Young applies his wit and humour to a wide spectrum of topics: the afterlife, sex with strangers, loneliness, and his outlook on life. In this ninth collection, Dean Young remains as entertaining, imaginative and inventive as ever. He asks striking questions: ‘Why aren’t we more terrified of sleep,/of consciousness extinguished and no/guarantee of return?’ and makes unusual observations: ‘Some people should not/be exposed to modern art or permitted/gum.’

Difficult to believe what hurts so much
when the cement truck bounces you
off a tree trunk
is not solid knocking solid
but electron cloud repulsing electron cloud
around the overall emptiness of matter,
a clash of miniscule probabilities
in the beehive of the void.
Somehow you’re only scratched and bruised
but the driver’s in agony,
no license no immigration paper
a picture of his wife still in Oaxaca
five kids he sends money to
so you try to assure him you’re okay
look not hurt
hopping foot to foot
which only seems to him
you’ve got trauma to the head
or were already loco
either way problemo.
Your bicycle bent,
he lifts it tears in his eyes
which are mirrors showing everything
on fire in black water.
This is the universal language of bent bikes,
something large and tragic writ in small words
while the world burns in black water.
Nothing will repair it
is not true
but now is not the time to bring that up.
You are both golden
pepperoncinis in the vinegar of life.
So piquant, so sad.
There is a wound where you bonked against the tree
and the tree, as usual, deals with its injuries
in good humor.
A bird in its branches had just come to life,
hideously bald, eyes unopened bulging sacks,
too delicate, too helpless
yet there is a concept of the cosmos forming
in its tiny skull. It gapes and mother
regurgitates nutritious worm.
It grows a black miter and blue belly.
Nest formation, a couple false starts then presto!
It calls its mate radiant toy.
Its mate calls back radiant toy.
It gets trapped in the science building for an hour.
Still, it understands no more
than we do that voice coming toward us
in our dented sorrow, our dark dread
saying everything will be okay.
Bright opening bright opening
where does it come from?
How can we get there?
And if we do
will we be petrified or dashed to even smaller pieces,
will we be released from the wheelhouse
or come back as hyena or mouse,
as a cloud or rock
or will it be sleep’s pure peace of nothingness?

The following are links to other Web sites with information about poet Dean Young. (Note: All links to external Web sites open in a new browser window.)

Have you read Primitive Mentor by Dean Young? Add your comments to this page and let us know what you think.