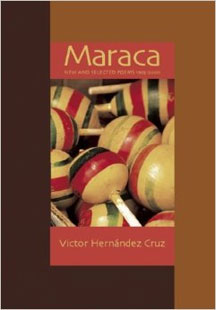 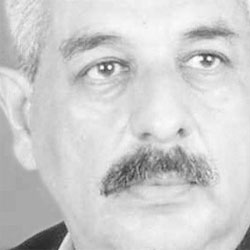 Victor Hernández Cruz completed his first collection of verses, Papa Got His Gun, and Other Poems (1966), in his teens and published Snaps (Random House) at age 20. His other works include Mainland (1973), Tropicalizations (1976), By Lingual Wholes (1982), Rhythm, Content, and Flavor: New and Selected Poems (1989), Red Beans: Poems (Coffee House Press, 1991), and Panoramas (Coffee House Press, 1997). He edited the anthology Paper Dance: 55 Latino Poets. In addition, he has edited Umbra magazine in New York, lectured at the University of California, Berkeley and taught at San Francisco State University. Among his numerous awards are a Fulbright Scholarship, the Guggenheim Fellowship and the New York Poetry Foundation Award. Born in Aguas Buenas, Puerto Rico, Cruz, who writes in English and Spanish, moved with his family to New York City in 1954. He presently lives in Puerto Rico.

“Victor Hernández Cruz has long been the defining poet of that complex bridge between the Latino and mainland cultures of the U.S. Maraca New and Selected Poems 1965-2000 proves the extraordinary range of this great, enduring poet, whose articulately persuasive humor and intelligence bear persistent witness to a meld of peoples: ‘All the exile from broken/ South/ The horses the cows/ the chickens/ The daisies of the rural/ road/ All past tense in the urbanity/ that/ remembers/ The pace of the mountains/ The moods of the fields.’ Bringing together long out-of-print work and that most recent, Maraca is testament to its author’s singular genius in a world he maintains so compassionately for all who will share it with him.”

A campesino looked at the air
And told me:
With hurricanes it’s not the wind
or the noise or the water.
I’ll tell you he said:
it’s the mangoes, avocados
Green plantains and bananas
flying into town like projectiles.

How would your family
feel if they had to tell
The generations that you
got killed by a flying
Banana.

Death by drowning has honor
If the wind picked you up
and slammed you
Against a mountain boulder
This would not carry shame
But
to suffer a mango smashing
Your skull
or a plantain hitting your
Temple at 70 miles per hour
is the ultimate disgrace.

The following are links to other Web sites with information about poet Victor Hernández Cruz. (Note: All links to external Web sites open in a new browser window.)

Have you read Maraca New and Selected Poems 1965-2000 by Victor Hernández Cruz? Add your comments to this page and let us know what you think.