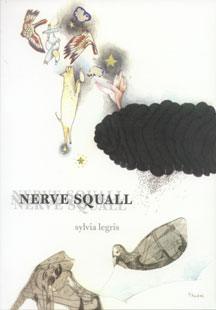 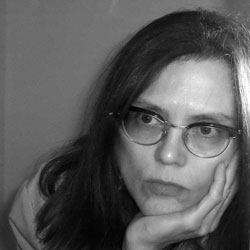 Sylvia Legris is originally from Winnipeg and now lives in Saskatoon. Nerve Squall is her third book of poetry, and in addition to the Griffin Poetry Prize, it has also garnered the 2006 Pat Lowther Memorial Award and is nominated for a Saskatchewan Book Award. Her poems have been published in many journals, including Border Crossings, Room of One’s Own, and CV2. Her previous books are iridium seeds and circuitry of veins.

Legris has twice been nominated for a Pushcart Prize, Best of the Small Presses Series and in 2001 won the Malahat Review’s Long Poem Prize for Fishblood Sky. Legris also received an Honourable Mention in the poetry category of the 2004 National Magazine Awards.

“Sylvia Legris’ high-octane poems are powered by ‘atmospheric overload’. Her eye is that of the twenty-first century – zooming from satellite to microscope – but her focus and coherence are increasingly rare in this age. In her hands, language refracts in ways which break open etymology to bring us more sense rather than less. Legris’ poems build like chords from sub- to super-sonic and, even at their most rapid and heightened point, sustain the force of poetic enquiry. There is always, as she says, ‘something on your hook, you feel it’.”

4 MARKED BY CLAWS AND CLOUDBURST …

The calendar marred with birds and you are kik-kik-kik-kicking all the way into June.
180 days scratched with black X’s and crow’s feet: bird-of-two-minds (goodandevil
goodandevil)
single-minded bird (plotting the sky).

Even under closed eyes: oneiric birds; four stages of sleep, each one soaring you deeper
And deeper into raptor-psyche: Cooper’s hawk, Red-tailed hawk, Black-shouldered kite
keep-keep-keep

The following are links to other Web sites with information about poet Sylvia Legris. (Note: All links to external Web sites open in a new browser window.)

Have you read Nerve Squall by Sylvia Legris? Add your comments to this page and let us know what you think.

One Reply to “Sylvia Legris”