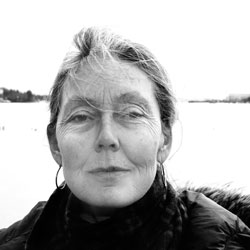 Anne Carson was born in Canada and currently holds the Chair of Distinguished Poet in Residence at NYU. Carson was an Anna-Maria Kellen Fellow at the American Academy in Berlin, Germany in 2007. Among her awards and honours, Carson received the 1996 Lannan Literary Award and the 1997 Pushcart Prize, as well as a Guggenheim Fellowship in 1998 and a McArthur Fellowship in 2000. Carson won both the Griffin Poetry Prize and the T.S. Eliot Prize in 2001. The author of more than a dozen works, Carson’s upcoming publication is NOX : An Epitaph for My Brother. Anne Carson is presently living in the USA. 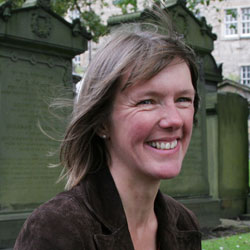 Scottish poet Kathleen Jamie was raised in Currie, Edinburgh. Considered one of the most gifted contemporary poets in the UK, Jamie won the 2004 Forward Poetry Prize for The Tree House and was shortlisted for the 2003 Griffin Poetry Prize for Mr and Mrs Scotland are Dead: Poems 1980-1994. Her other books of poetry include The Queen of Sheba (1994), The Way We Live (1987), Jizzen (1999), A Flame In Your Heart (with Andrew Greig, 1986), and The Autonomous Region (with photographer Sean Mayne Smith, 1993). She was honoured with a Creative Scotland Award in 2001. In 2005 she received the Geoffrey Faber Memorial Award and the Scottish Book of the Year Award and published, to great critical acclaim, a collection of non-fiction entitled Findings. She has contributed to and co-edited a number of anthologies, and is currently a part-time Reader in Creative Writing in the School of English at the University of St. Andrews. She lives in Fife, Scotland. 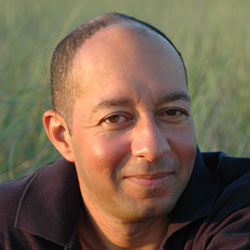 Carl Phillips is a graduate of Harvard University and the University of Massachusetts. He taught high school Latin for eight years and is the author of ten books of poetry, most recently Speak Low (2009) and Quiver of Arrows: Selected Poems 1986-2006 (2007). He is also the author of Coin of the Realm: Essays on the Life and Art of Reading (2004) and a translation of Sophocles’ Philoctetes (2004). He has received numerous awards and honours, including the Kingsley Tufts Poetry Award, the Theodore Roethke Memorial Foundation Award in Poetry, a Lambda Book Award and the Thom Gunn Award for Best Gay Male Poetry, as well as fellowships from the Academy of American Poets, the American Academy of Arts and Letters, the Guggenheim Foundation, and the Library of Congress. Twice named a finalist for the National Book Award, Phillips was elected a Chancellor of the Academy of American Poets in 2006. He teaches at Washington University, in St. Louis, Missouri.