TORONTO – September 6, 2017 – The trustees of The Griffin Trust For Excellence In Poetry are pleased to announce that Sarah Howe (UK), Ben Lerner (US) and Ian Williams (Canada) are the judges for the 2018 Griffin Poetry Prize. 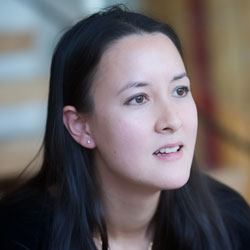 Sarah Howe is a British poet, academic and editor. Her first book, Loop of Jade (2015), won the T.S. Eliot Prize and The Sunday Times Young Writer of the Year Award. Born in Hong Kong to an English father and Chinese mother, she moved to England as a child. Her pamphlet, A Certain Chinese Encyclopedia (2009), won an Eric Gregory Award from the Society of Authors. She is the founding editor of Prac Crit, an online journal of poetry and criticism. She held fellowships at the University of Cambridge, Harvard University’s Radcliffe Institute, and University College London before recently taking up a lectureship in poetry at King’s College London. 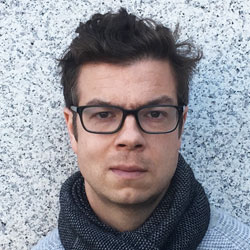 Ben Lerner is the author of three books of poetry (The Lichtenberg Figures, Angle of Yaw, and Mean Free Path), two novels (Leaving the Atocha Station, and 10:04), and a work of criticism (The Hatred of Poetry). He has received fellowships from the Fulbright, Guggenheim, and MacArthur Foundations, among many other honours. 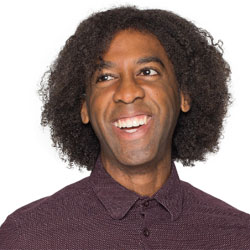 Ian Williams is the author of Personals, shortlisted for the Griffin Poetry Prize, and the Robert Kroetsch Poetry Book Award; Not Anyone’s Anything, winner of the Danuta Gleed Literary Award for the best first collection of short fiction in Canada; and You Know Who You Are, a finalist for the ReLit Prize for poetry. His first novel, Reproduction, is forthcoming. He was named as one of ten Canadian writers to watch by the CBC. Williams completed his Ph.D. in English at the University of Toronto and teaches poetry in the Creative Writing Program at the University of British Columbia. He was the 2014-15 Canadian Writer-in-Residence for the University of Calgary’s Distinguished Writers Program.

The shortlisted books (four international and three Canadian) will be announced on Tuesday, April 10, 2018.

The Griffin Trust For Excellence In Poetry is pleased to announce that the Shortlist Readings will take place in Koerner Hall at The Royal Conservatory in the TELUS Centre for Performance and Learning, on Wednesday, June 6, 2018 at 7.30 p.m.

The winners of the Griffin Poetry Prize will be named at an awards ceremony to be held in Toronto on Thursday, June 7, 2018.

If you have any questions regarding the rules, or would like to download an entry form, please visit our web site, at: /how-to-enter/rules.