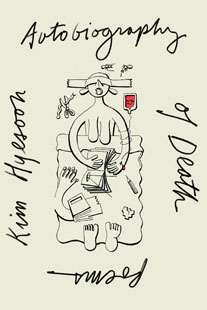 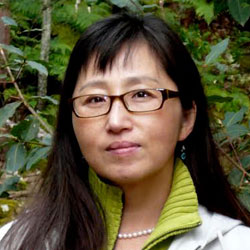 Born in Seoul, South Korea, Don Mee Choi is the author of The Morning News Is Exciting (2010) and Hardly War (Wave Books). She has received a Whiting Award, Lannan Literary Fellowship, Lucien Stryk Translation Prize, and the 2019 DAAD Artists-in-Berlin Fellowship. 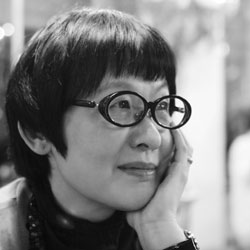 Kim Hyesoon, born in 1955, is one of the most prominent and influential contemporary poets of South Korea. She was the first female poet to receive the prestigious Kim Su-yong and Midang awards, and has been translated into Chinese, French, German, Japanese, Spanish, and Swedish. Her most recent books include I’m OK, I’m Pig! (2014), and Poor Love Machine (2016).

“In the grievous wake of the Sewol Ferry incident of 2014, the Korean poet Kim Hyesoon composed a cycle of forty-nine poems – one for each day the dead must await reincarnation – to produce a harrowing work of shock, outrage, and veneration for the children lost to this disaster. Through Don Mee Choi’s extraordinary translations, we hear the clamorous registers of Kim’s art – a transnational collision of shamanism, Modernism, and feminism – yield ‘a low note no one has ever sung before.’ That otherworldly tone may sound like life itself, the poet sings, ‘for even death can’t enter this deep inside me.’”

By the River of Formalin
DAY THIRTY-THREE

Brain inside the test tube is hurting

You’re outside of you
Your outside hurts

I want to tell you, tell you everything
but my mouth stays shut
my hands shake
where did my shoes go?

Whitest monster inside me
has a blue nightdress on

Brain inside the test tube is a bystander’s brain, a survivor’s brain

Why does my outside always hurt?

Why do my missing feet hurt?
Why does the riverbed that props up my feet crumble?

What can I do to forget all this?

The following are links to other Web sites with information about translator Don Mee Choi and poet Kim Hyesoon. (Note: All links to external Web sites open in a new browser window.)

Have you read Autobiography of Death by Don Mee Choi, translated from the Korean by Kim Hyesoon? Add your comments to this page and let us know what you think.