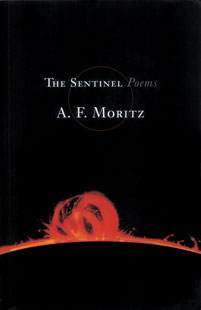 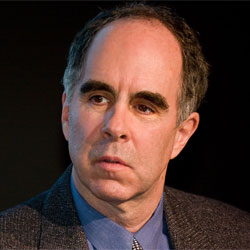 A. F. Moritz has written more than 15 books of poetry. He has been a finalist for the Governor General’s Literary Award and he has won the Award in Literature of the American Academy and Institute of Arts and Letters and a Guggenheim Fellowship. His recent collection, Night Street Repairs, published by House of Anansi Press in 2005, won the ReLit Award and The Sentinel was given Poetry magazine’s Bess Hokin Prize. A. F. Moritz lives in Toronto and teaches at Victoria University.

“A. F. Moritz has beautiful command of what William Empson called ‘a long delicate rhythm based on straight singing lines’. In his extraordinary collection The Sentinel, we never lose our bearing, so sure is his formal grace, even as we are carried into fabulous circumstance, get lost in places we know, are found in imaginary cities or in any ‘prosperous country’. We read his fable of a city awaiting the arrival of a butterfly and stand with the crowd in wonder, as a creature so large it blots out the sun transforms to ‘a humble yellow thing’, so menacing and loud it crashes to the sea ‘like a fighter jet’ but erupts in ‘a burst of quiet’. After such a dazzling show, we are left with unreadable feelings to watch ‘the black ocean again’. It is a place Moritz often asks us to stand. He is at once moved and troubled by ‘the black imperial/Roman traces’ that our language shares with the classical poets, numbering himself among the barbarians with their ‘slaughter/and triumph’. He stares out between the bars of its alphabet at the ‘darkness/of useless vigilance’, or inwardly as ‘the keeper/of my own breast’. In the title poem, the one keeping watch – a figure, we now know, for the poet – stands on either side of two forms of darkness, ‘the outward/dark before his face’ and the dark of the camp at his back, where he imagines soldiers settling down to sleep. Their ‘dreams of bleeding inwardly’ are the dreams of this unsettling, superb collection of poems.”

Mortality, love, ethics, civilization, divine presence, human body, modernity, the natural world and constructed spaces. The Sentinel watches and reports back to us in a voice that is timeless and worthy of trust. Whether describing renewal and regeneration, the despair brought on by global capitalism, or a place where decay and loss meet their antithesis, A. F. Moritz’s magisterial voice, rare insight and supple craft are on impressive display.

Thou Poem, by A.F. Moritz

Thou poem of lost attention and half try,
do you fear more the inner world or outer?

I do not love the self less than the others,
my name is legion and my mouth one cry.

Thou poem of the unwell, of the dry well and doom,
and the snake’s on your lip, in you the toad persists.

Did we come here just to read of what exists?
I champ at my winter bit to be in bloom.

But what’s the difference between you, poem, and the flower?
Don’t both break from the compost as long as it may be?

You are the one who knows what metaphor
and imposes it. Two dandelions are not similar to me.

Thou song of all-powerful individuality,
if only I could rest in you escaping me …

You would never again be troubled by the nudity
of the mother, or the Heart Fall’s killing roar

as you slid toward it, catafalqued on the fluid
descents of a new old world, shrouded in greenwood.

Thou ignorant epic of half-knowing ever more,
thanks in thought’s ruin for reminding me.

More about A. F. Moritz

The following are links to other Web sites with information about poet A.F. Moritz. (Note: All links to external Web sites open in a new browser window.)

Have you read The Sentinel by A.F. Moritz? Add your comments to this page and let us know what you think.