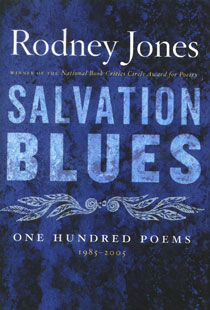 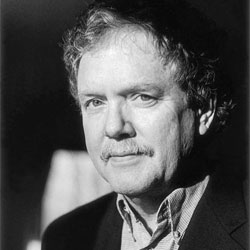 Salvation Blues is Rodney Jones’ eighth book of poetry. Previous collections include Kingdom of the Instant: Poems (2004); Elegy for the Southern Drawl (1999); Things That Happen Once (1996); Apocalyptic Narrative (1993); Transparent Gestures (1989); The Unborn (1985); and The Story They Told Us of Light (1980). He was named a finalist for the Pulitzer Prize and the winner of the 1989 National Book Critics Circle Award. His other honours include a Guggenheim Fellowship, the Peter I.B. Lavan Award from the Academy of American Poets, the Jean Stein Award from the American Academy and Institute of Arts and Letters, a Southeast Booksellers Association Award, and a Harper Lee Award. Rodney Jones is a professor of English at Southern Illinois University at Carbondale.

“There are not many poets who get as much of American life in their poems as Rodney Jones. His Salvation Blues, a book made up of one hundred poems taken from six previous collections published over the last twenty years, brings to mind Whitman. Jones asks in a poem, what happened to all the people the older poet cheered westward across the continent? They are all here in his poems, making ends meet, working as farmers, shipping clerks, waitresses, car mechanics, butchers, strippers and teachers, while trying their best to believe in the American dream and a religion whose preachers tend to be actors and salesmen whose pulpit is television. Jones is a marvelous story teller and a contemplative man with an interest in both character and the way the world works. ‘Most of us are compositions that begin in error,’ he says. He never forgets that. His poems are angry, bawdy, funny, wise and deeply moving. They sing to remind us of our humanity and to heal the language of its long service as a mere tool.”

In Salvation Blues Jones has chosen the best of his previous work and included 25 new poems from the past three years which share a common theme. Ask Rodney Jones how he spends his time these days when he’s not writing poetry: he plays jazz guitar; he goes fishing; and he regrets the Bush administration. In describing the new poems in the collection Jones says: ‘The new poems make me uncomfortable. They seem aesthetically and politically unflinching, statements of my depression and disgust with the people of the United States.’

The United States, by Rodney Jones

it is the greatness of the nation
along with cartoon animation
automobiles and rock ‘n’ roll
jazz and basketball evolved here
but not one other U.S. God
just the corn’s imperial row

The following are links to other Web sites with information about poet Rodney Jones. (Note: All links to external Web sites open in a new browser window.)

Have you read Salvation Blues by Rodney Jones? Add your comments to this page and let us know what you think.