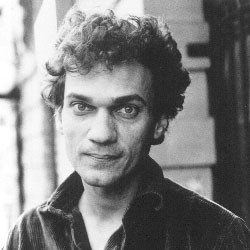 Poet and translator Michael Hofmann was born in Freiburg, West Germany in 1957. The son of the German novelist Gert Hofmann, his translation of his father’s novel The Film Explainer won The Independent’s Foreign Fiction Prize in 1995. He grew up in England and attended schools in Edinburgh and Winchester. Hofmann did his postgraduate studies at the University of Regensburg and Trinity College, Cambridge from 1979 to 1983. Since 1983 he has worked as a freelance writer, translator and reviewer.

Hofmann has translated work by Bertolt Brecht, Joseph Roth, Patrick Süskind, Herta Mueller and Franz Kafka. He has twice won the Schlegel-Tieck Prize (Translator’s Association), first in 1988 for his adaptation of The Double Bass by Patrick Süskind (1987) and again in 1993 for his translation of Wolfgang Koeppen’s Death in Rome (1992). Ashes for Breakfast has been shortlisted for the Oxford-Weidenfeld Translation Prize. Hofmann’s published poetry includes Nights In the Iron Hotel (1983), which won the Cholmondeley Award; Acrimony (1986), which won the Geoffrey Faber Memorial Prize; Corona, Corona (1993) and Approximately Nowhere (1999). In 1994, Hofmann co-edited After Ovid: New Metamorphoses with James Lasdun, which included contributions by Ted Hughes and Seamus Heaney. Behind the Lines: Pieces on Writing and Pictures, a collection of Hofmann’s reviews from the Times Literary Supplement, the London Review of Books, The New York Times and The Times was published in 2001. He lives in London. 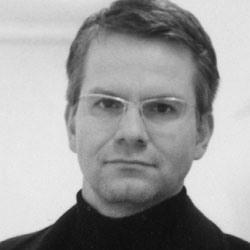 Durs Grünbein is the author of six previous volumes of poetry and a collection of essays. His work has been awarded many major German literary prizes, including the highest, the Georg-Büchner-Preis, which he won at age 33. Grünbein’s collections of poetry include Grauzone morgens and Schädelbasislektion. In 1995, he received the Peter Huchel Prize for Poetry. He has also published several essay collections and new translations of plays from antiquity, among them Aeschylus’ The Persians, and Seneca’s Thyestes. His work, which also includes contributions to catalogues and a libretto for opera, has been translated into many languages. He has lived in Berlin since 1985.

“Born in Dresden, a ‘deathtrap for angels’, Durs Grünbein is the most significant poet to have emerged from the old East. His poems have a remarkable quality of contemplation, which enables them to shrug off pathos and irony, and so to reveal their personal and political depths. Unromantic, contained, but always moving and moved, he is ever alert to history’s ‘sudden nearness’ and brings it to us as mirror, window and trapdoor. Michael Hofmann’s translations are live-action engagements of one poet with another – of languages reacting, competing, consoling and teasing – and propose new answers to old questions about whether poetry can travel this well or at all.”

The day after getting back from my longest journey,
I realize I had this traveling business badly wrong.
Penned in an airplane, immobilized for hours on end,
Over clouds that bear the appearance of deserts,
Deserts that bear the appearance of seas, and seas
That are like the blizzards you struggle through,
On your way out of your Halcion-induced stupor,
I see what it means to stumble over the dateline.

The body is robbed of time, and the eyes of rest.
The carefully chosen word loses its locus.
Giddily you juggle the here and the hereinafter,
Keeping several languages and religions up in the air.
But runways are the same gray everywhere, and hospital rooms
The same bright. There in the transit lounge,
Where downtime remains conscious to no end.
The proverb from the bars of Atlantis swims into ken:

Travel is a foretaste of Hell.

Did we know what makes the world go round?
That love tends to isolate
Seemed clear enough. Everyone kept it for himself,
His personal thorn, till the blood
Soaked through at the worst possible moment.
It was rare for anyone to remain uninjured.
More commonly, the pain transferred itself
To the other party. To be left
Was the worst evil, to be insentient in spring,
Stand like an amputee under the busted
Ferris wheel – The way the wind carried us
Into the treetops from which
We were later to fall with blissful cries.

The following are links to other Web sites with information about poets Michael Hofmann and Durs Grünbein. (Note: All links to external Web sites open in a new browser window.)

Have you read Ashes for Breakfast: Selected Poems by Michael Hofmann translating Durs Grünbein? Add your comments to this page and let us know what you think.

One Reply to “Michael Hofmann”