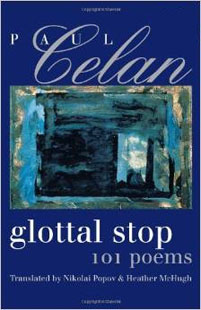 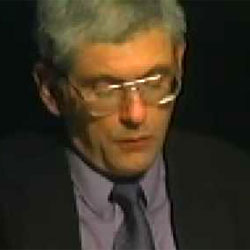 Nikolai Popov teaches English and Comparative Literature at the University of Washington in Seattle. A James Joyce scholar and translator, he co-translated with Heather McHugh a collection of the poems of Blaga Dimitrova. 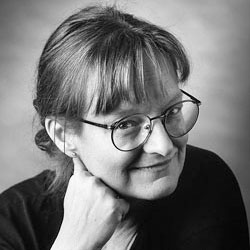 Heather McHugh is Milliman Distinguished Writer-in-Residence at the University of Washington. In addition to six acclaimed books of poetry, including most recently, the Pulitzer Prize finalist Eyeshot, and the collection of essays Broken English: Poetry and Partiality, she has translated poems by Jean Follain and Euripides’ Cyclops. 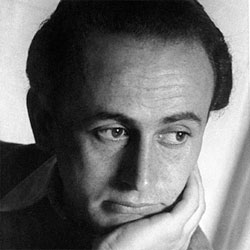 Paul Celan (1920-1970) is widely regarded as Europe’s greatest postwar poet. Born in Romania, Celan was an eastern European Holocaust survivor, who settled in Paris after the war where he remained, until his death. Celan, who spoke at least six languages, worked as a translator of French, Russian and English literature, but wrote his poetry solely in German. Among his major poems is Death Fugue that evokes the horrors of the Holocaust.

“Paul Celan is arguably the most important European poet of the twentieth century, but much of his work has seemed too hermetic, linguistically complex, and bound to his struggle with the German language in the aftermath of the Shoah to be translatable. In Glottal Stop, however, Nikolai Popov and Heather McHugh have achieved the seemingly impossible: more than translating Celan into English, they have found a way to translate English into Celan.”

With a Changing Key, by Nikolai Popov and Heather McHugh translating Paul Celan

With a Changing Key

With a changing key
you unlock the house where
the snow of what’s silenced drifts.
Just like the blood that bursts from
your eye or mouth or ear,
so your key changes.

Changing your key changes the word
that may drift with the flakes.
Just like the wind that rebuffs you,
packed round your word is the snow.

The following are links to other Web sites with information about poets Paul Celan, Nikolai Popov and Heather McHugh. (Note: All links to external Web sites open in a new browser window.)

Have you read Glottal Stop: 101 Poems by Nikolai Popov and Heather McHugh translating Paul Celan? Add your comments to this page and let us know what you think.