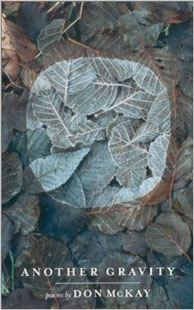 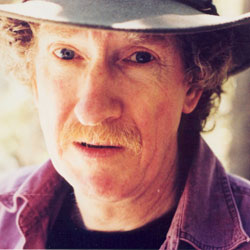 Don McKay won Canada’s Governor General’s Award for Night Field (1991), and prior to that was a finalist for Birding, or desire (1983), which won him the Canadian Authors Association Award for Poetry. McKay’s Vis à Vis: Fieldnotes on Poetry and Wilderness, was nominated for the Governor General’s Award in the Nonfiction category; another collection of poems, Apparatus (1997), was also a Governor General’s Award finalist. Don McKay is on the faculty of ‘In the Field,’ a low-residency program in contemplative philosophy, environmental thought and writing at St. Peter’s College, Muenster, Saskatchewan. McKay is still the Associate Director for Poetry at the Banff Centre and spends vast amounts of time working on new poems and essays. A selected poems collection, Camber, was published by McClelland and Stewart in 2004. Among other distinctions, Camber was chosen for the 2005 Griffin Poetry Prize Canadian shortlist. McKay’s 2006 collection, Strike/Slip, won the 2007 Canadian Griffin Poetry Prize.

“Don McKay’s journey through closely observed places and creatures not only brings them alive with great panache, it explores a more humane way of living on earth, ‘bereft and happy, my whole mind/applauding.’ These wonderfully bittersweet poems establish a rich vocabulary of dwelling – have ‘lift and drag,’ of homing and leaving home. The result is a playful yet resonant microcosm, charted with virtuosity and love.”

Sometimes a Voice, by Don McKay

Sometimes a voice – have you heard this? –
wants not to be voice any longer, wants something
whispering between the words, some
rumour of its former life. Sometimes, even
in the midst of making sense or conversation, it will
hearken back to breath, or even farther,
to the wind, and recognize itself
as troubled air, a flight path still
looking for its bird.
I’m thinking of us up there
shingling the boathouse roof. That job is all
off balance – squat, hammer, body skewed
against the incline, heft the bunder,
daub the tar, squat. Talking,
as we always talked, not about living
past the age of thirty with its
labyrinthine perils: getting hooked,
steady job, kids, business suit. Fuck that. The roof
sloped upward like a take-off ramp
waiting for Evel Knievel, pointing into open sky. Beyond it
twenty feet or so of concrete wharf before
the blue-black water of the lake. Danny said
that he could make it, easy. We said
never. He said case of beer, put up
or shut up. We said
asshole. Frank said first he should go get our beer
because he wasn’t going to get it paralysed or dead.
Everybody got up, taking this excuse
to stretch and smoke and pace the roof
from eaves to peak, discussing gravity
and Steve McQueen, who never used a stunt man, Danny’s
life expectancy, and whether that should be a case
of Export or O’Keefe’s. We knew what this was –
ongoing argument to fray
the tedium of work akin to filter vs. plain,
stick shift vs. automatic, condom vs.
pulling out in time. We flicked our butts toward the lake
and got back to the job. And then, amid the squat,
hammer, heft, no one saw him go. Suddenly he
wasn’t there, just his boots
with his hammer stuck inside one like a heavy-headed
flower. Back then it was bizarre that,
after all that banter, he should be so silent,
so inward with it just to
run off into sky. Later I thought,
cool. Still later I think it makes sense his voice should
sink back into breath and breath
devote itself to taking in whatever air
might have to say on that short flight between the roof
and the rest of his natural life.

The following are links to other Web sites with information about poet Don McKay. (Note: All links to external Web sites open in a new browser window.)

Have you read Another Gravity by Don McKay? Add your comments to this page and let us know what you think.