On June 2, 2009, the respected German author, poet, translator, and editor Hans Magnus Enzensberger was honoured with The Griffin Trust for Excellence in Poetry’s Lifetime Recognition Award.

On behalf of the trustees of The Griffin Trust for Excellence in Poetry, I’m honored to welcome Hans Magnus Enzensberger of Germany, recipient of our Lifetime Achievement Award for 2009. It is a special joy to me that we are together here in Toronto, where we first met twenty-eight years ago at an international congress on the writer and human rights.

As we gather here annually for the Griffin Prize, to celebrate the vitality of poetry, I would like to share with you our honored poet’s original mathematical postulate, which he calls “The Enzensbergian Constant.” According to its inventor, this constant guarantees an audience of + or minus 1, 354 individuals for works of lyric poetry, later claiming that “A good poet can count on exactly as many readers in Iceland – as in the United States.” Perhaps this is why his first translated volume in English was titled, carefully, Poems for People Who Don’t Read Poems. Yet, as he has often admitted, “our seemingly anachronistic art form somehow always manages to surprise us.”

Hans Magnus Enzensberger, among the world’s finest living poets, was fifteen years old when The Third Reich collapsed, and in the ensuing years he confronted the aftermath of the war-arguing early that “passivity in the face of evil is a prerequisite for evil’s triumph.” This recognition, joined with his refusal of the “widely claimed moral alibis of conformism and inwardness,” earned him recognition as the conscience of his generation, heir to such disparate figures as Gottfried Benn and Bertholt Brecht. When Theodor Adorno famously suggested that “to write poetry after Auschwitz is barbaric,” Enzensberger answered him that “literature must resist this verdict,” an appeal Adorno accepted, acknowledging that Enzensberger was right and that “it is now virtually in art alone that suffering can still find its voice.”

In Enzensberger’s early poems, especially one dedicated to Holocaust survivor Nelly Sachs, he reminds his compatriots of those who have vanished, of the absent ones whose absence is the only certainty.

Very much the public poet, his personal and worldly concerns are indivisible, and there is a prevailing awareness in his work of the precariousness of human survival, laying bare the questions upon which that survival will depend: how do we see the world? How do we perceive and speak? Early he wrote What’s my purpose here? and what shall I say? in what language? to whom? Early he sensed the vulnerability of all life forms, and in “The End of Owls,” a poem published almost fifty years ago, he lamented the future extinction of owls, and of turbot and whale, and the disappearance of glaciers and Siberian ice. I speak of that without speech, he wrote in the poem’s concluding lines, of the unspeaking witnesses/ of otters and seals/ of the ancient owls of earth.

Enzensberger also foretold the vanished trades: rush-man and beekeeper, woolcarder and trough-maker and also the objects no longer part of our world: bridoons, hames and terrets – for such is the precision of this poet’s diction, his lively and cornucopious word hoard, reminding one that he once gave his translator a copy of the Shorter Oxford English Dictionary, still in use, with the inscription “eine hand voll wort-futter fûr die vôgel in Michaels kopf” – “a handful of word-feed for the bats in Michael’s belfry.”

Poet, translator, editor, journalist and public intellectual, Enzensberger has unflinchingly confronted the most critical questions of our time. An elegant poet wary of elegance, a committed poet wary of political certainties, a skeptical poet who cannot help but reveal what he calls brief illuminations and eruptions of happiness, Enzensberger has kept moving: formally, aesthetically and intellectually into the open territory of lyric possibility. He is a poet open to the world, and if certain human endeavors are equations of ends and means, this poet deftly snatches the means away, and then deprives us of the ends. He helps us to question ourselves and reminds us, in the oldest of the human arts, of what is at stake in our language. 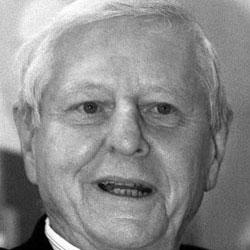 Hans Magnus Enzensberger was born in Kaufbeuren, Germany on November 11, 1929. He studied literature and philosophy at universities in Erlangen, Freiburg, Hamburg, and the Sorbonne in Paris, receiving his doctorate in 1955 for his thesis about Clemens Brentano’s poetry.

Enzensberger worked as a radio and magazine editor before deciding to embark on a freelance writing career. He became the founder of a quarterly called Kursbuch in 1965 and of a monthly called TransAtlantik in 1980. After spending more than 10 years abroad in Norway, Italy, Russia, the United States, and Cuba, Enzensberger returned to Germany in 1969 and settled first in Berlin and then in Munich, where he now lives.

Enzensberger’s main literary work is in poetry and essay, supplemented by excursions into theatre, film, opera, radio drama, reportage, and translation, with one or two novels and several books for children thrown in.

From 1985 – 2005, Enzensberger directed his own Frankfurt publishing imprint, the prestigious Die Andere Bibliothek, under which he produced a book of his choosing every month. The imprint now contains over 250 titles.

The recipient of many honours for his literary works including the 1963 Georg-Büchner-Preis, the 1985 Heinrich-Böll-Preis, the 1993 Erich-Maria-Remarque-Friedenspreis, the 1998 Heinrich-Heine-Preis, and the 2002 Prince of Asturias Communications and Humanities award, Hans Magnus Enzensberger is considered to be modern Germany’s most important poet.